Free next-day delivery on all orders 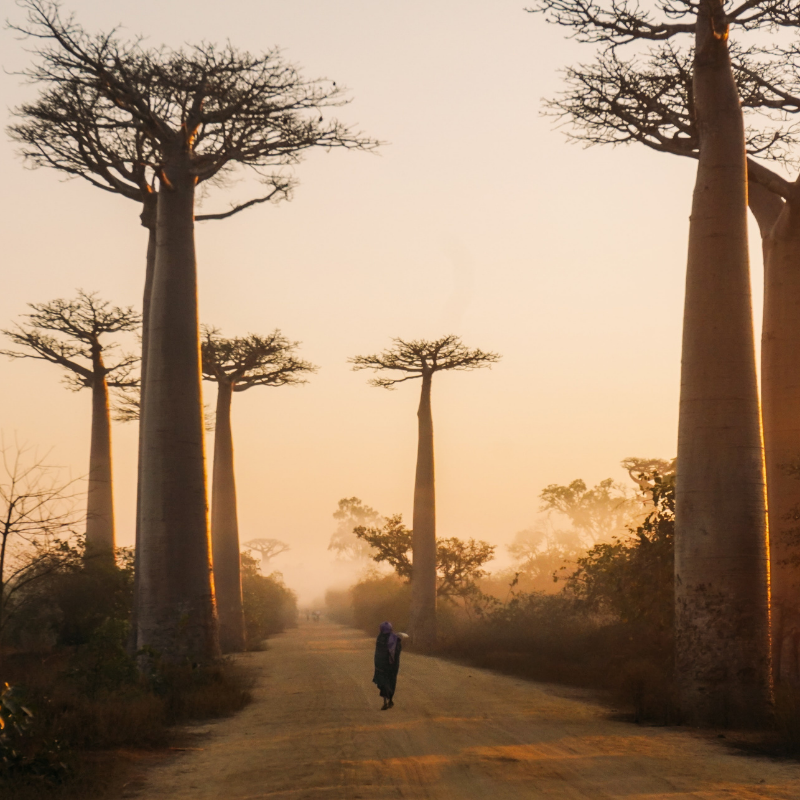 The tree of life

Gazing across the hot and dry plains of Tanzania, you'll find the distinctive silhouette of baobab trees dotted across the African skyline.

Baobab trees are known locally as the 'tree of life' as it is the only tree that provides the local people with year-round fruit, when little else will grow.

Having adapted to surviving in this harsh and arid climate, during the very brief rainy season the trees capture and store water in thier vast bulbous trunks, stockpiling it for the hot and dry months ahead.

What makes the Baobab unique is that their fruits dry on the branch, instead of dropping to the ground where they would quickly spoil. Staying attached to the branch for up to 6 months the fruits dry out completely, eventually breaking away from the tree in their pods, where they can be found strewn across the sun-baked earth below.

This drying process naturally concentrates high levels of phytonutrients, vitamins and minerals in the baobab fruits making them one of the most nutrient dense fruits on earth.

The pods are wild-harvested by the local people where the fruit pulp is cold-pressed into a highly nutritious organic fruit pulp powder, which makes it's way into both of our Indi Body and Indi Tone blends.

Baobab has an impressive matrix of phytonutrients, containing up to 6x more vitamin C than you would find in an orange, while also boasting a range of beneficial health-promoting terpenoids, flavonoids, sterols and minerals.

Health benefits include supporting immune system function, reducing oxidative stress and supporting normal energy yielding metabolism. Over half of the Baobab fruit is made up of soluble and insoluble prebiotic fibre, which acts as a food source for the healthy bacteria in the gut to thrive and support digestion and the removal of waste products and toxins from the body. These fibres also play an important role in controlling glucose levels in the blood, reducing the risk of weight gain, inflammation and diabetes.

A true superfood in very sense, it's a fruit that's unlikely to ever find its way into the diets of anyone living outside of Africa. Until now. The gaps in Western diets