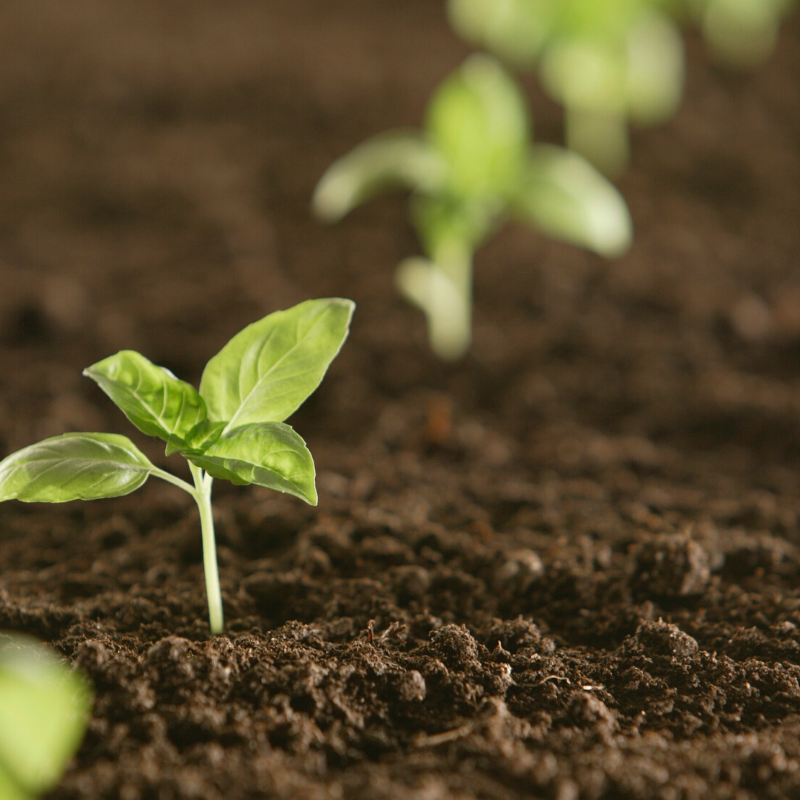 SOS: Save our soil

OUR SOIL IS IN TROUBLE

Soil is the stuff of life. It’s a sentiment we’ve probably all heard since our school biology days but the reality is most of us give very little thought to just how important soil is to us, and to the survival of our planet. In fact, our dying soils are the invisible crisis beneath our feet. If we don’t stop soil erosion, quickly, then the future of our planet hangs in the balance.

DISHING THE DIRT ON SOIL

There is no life without soil and no soil without life. The stuff most of us think of as dirt supports us and feeds plants, people, animals and the environment, it connects all life - soil microorganisms are the tiny, but mighty, engineers that create our universe. But today the health of our soil is in danger and without healthy soils to sustain us there is no future of planet Earth.

If you’re looking for some facts to convince you just how important soil is to your day to day existence then consider this; 95% of the food grown and consumed by humans and animals is grown on soil says, Professor Rattan Lal Soil Scientist, and a quarter of all Earth’s biodiversity lives in soil. The brown stuff is also a vital component of tackling the climate crisis given that “there is more carbon stored in the soil than there is in all the vegetation in the world and in the atmosphere combined” says Merlin Sheldrake, Biologist. Impressive. And, that’s not all, while we can barely juggle two things at once, soil is busy delivering multiple ecosystem services that enables life on earth. These include; climate regulation, carbon sequestration, habitat for organisms, flood regulation, nutrient cycling, source of pharmaceuticals and genetic resources, foundation for human infrastructure provision of food fibre and fuel and provision of construction materials. Phew, soil has a lot of jobs to do!

But, and there’s a big but coming...the health of our soils, and therefore the planet, is under threat. It’s currently estimated that around 75% of the soil on Earth is degraded. And who’s to blame? Humans. Actions like cultivation, herbicides, fungicides, pesticides, overgrazing and flooding have all contributed to the degradation of our soil resource.

It takes thousands of years to form soil and we have spent 100 years destroying it through modern practices. We urgently need to create more healthy soil if we are to secure a sustainable future for our planet and worryingly we need to produce that soil now. Scientists predict that we have eight years to make a change before the world starts heading towards extinction.

It is soil’s role in carbon capture that is particularly important to look after if we are to make headway in solving the climate crisis. Soil organic matter is 50% carbon. So, when we’re rebuilding soil health, we’re actually putting carbon into the ground. Kiss the Ground, a brilliant organisation highlighting the possibilities of soil regeneration, has reported that a 4% increase of soil organic matter on the world’s agriculture soils would completely negate all current CO2 emissions. Read that sentence again. And, as we add more carbon to the soil, it is able to hold significantly more water. This means quicker infiltration with practically zero runoff and erosion which helps decrease water pollution caused by chemical runoff from farms. It is a no-brainer that we make improving soil health a global priority. Clearly, the role of carbon is very important in soil, particularly in well-structured healthy, efficient soil systems, says Andy Neal, Soil Microbiologist. Healthy soil can lock away and sequester carbon from the atmosphere which contributes to climate change. It is our most powerful tool in securing a sustainable future for the planet, notes Angelika Luebke, Soil Scientist.

The statistics are depressing, but the future doesn’t have to be. Governments and farmers across the globe are implementing regenerative practices to ensure the future of healthy soil, while organisations such as the Land Gardeners are working hard to compost that’s full of life in a 6-8 week period (rather than the usual 1000 years it takes to create 1cm of topsoil). By turning raw materials into compost teaming with life you can deposit this over existing soil to   create soil which has a better soil structure that increases water infiltration, provides tighter biogeochemical cycles that bank soil nutrients, and greater immunity to plant disease. If we care for the soil it can self organise and heal itself.

You may think that you don’t have the power to make changes to soil structure, and the future of our planet. But you do, we all do.

Things you can do to create healthy soil:

Once we heal the soil the rest of life floods back in. We can all heal our soils.