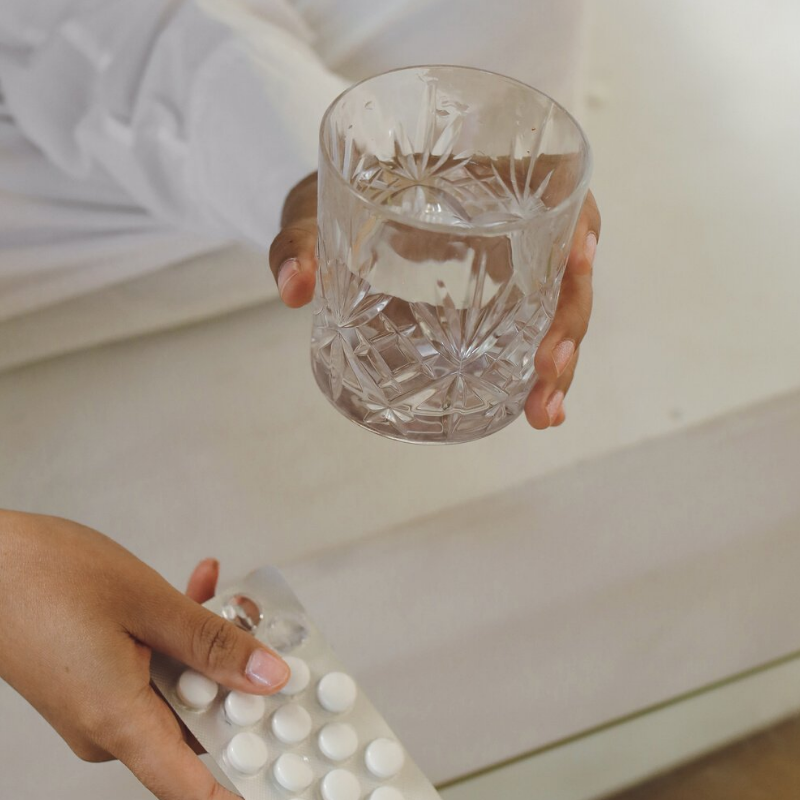 How to handle a hangover. According to the pros.

We’ve all been there. The dry mouth, the sore head, the insatiable cravings. There’s nothing worse than the self-pity you feel the morning after the night before. Except, for somebody telling you it’s self-inflicted. At Indi, we believe in being able to restore what your body lacks, to build back balance and get your mind and body feeling healthy again. So, we had to wonder (and pray), when you’re feeling the effects of a few too many gin’s, is there anything, ANYTHING, you can do to reverse the damage, or at the very least dull the pain and feel normal again asap? We spoke to leading nutritionist Dr Fede to bust some booze myths and find out the truth about avoiding hangovers.

1. What exactly is a hangover? Why do you feel so terrible? How many hours after drinking does a hangover kick in?

An alcohol hangover develops when blood alcohol concentration falls sharply and is at its worst when alcohol levels return to almost zero, normally 8-18 hours after drinking starts. It can last for up to 24 hours and causes a general sense of misery, tiredness, excess thirst, nausea and even total memory loss. Recent research suggests that the bad symptoms of a hangover are caused by excessive inflammation and oxidative stress caused by the alcohol which is a neurotoxin (a chemical which effectively ‘poisons’ the nervous system) in itself.

2. How exactly does alcohol affect sleep? Is this a large part of why you can feel so terrible the following day?

Sleep is disturbed after heavy drinking due to an overproduction of glutamine in the brain. While we are drinking, the brain’s reward centres react to the ‘feel good’ dopamine produced, whilst glutamine is suppressed. Once blood alcohol concentration starts to fall, glutamine rises which disturbs our sleep cycle and sleep quality.

3. Is it true organic/natural wines cause less of a hangover? If so, why is this? Is it true the sulphites in wine can cause a hangover?

No, whether a wine is organic or not doesn’t impact  its hangover potential. It’s the alcohol that causes hangovers so drinking less and not binge-drinking is the best solution. The same goes for sulphites, which just help to preserve the wine.

4. Why do some people get worse hangovers than others – does it come down to how effective your liver is?

It’s not 100% clear why some people are better at clearing a headache than others, but certainly the higher the blood alcohol concentration during drinking, the bigger the drop back down to zero and the associated hangover.  There is evidence to suggest that the rate of ethanol metabolism does impact hangover severity, with more efficient metabolisers suffering less, but studies have been inconclusive.

5. Why is drinking on an empty stomach such a bad idea? What are the best foods to eat when drinking to minimise a hangover?

If you imagine your blood alcohol concentration goes up when you absorb alcohol, anything that slows the absorption down will help prevent a huge peak. Drinking on an empty stomach means that alcohol will be absorbed right away, whereas drinking with a meal will moderate it and ensure your blood alcohol peak isn’t so severe. Foods rich in fiber and healthy fats will slow stomach emptying and alcohol absorption so avocado on rye toast with seeds and extra virgin olive oil or a cashew nut and basil pesto pasta for example.

6. Can eating before bed help a hangover in the morning?

It depends. If you’ve been drinking very sugary liquors or mixers, having some food before bed could help avoid the double crash of blood glucose plus blood alcohol levels dropping to zero together. Drinking is already very calorie dense and nutrient poor though so  again it would be best to eat something nutritious and fibre rich as opposed to more empty calories such as chips and gravy.

7. Can taking painkillers before bed help? If so, should you take paracetamol or ibuprofen – is one better than the other?

A little known fact that is actually really important to remember when drinking is to remember not to take paracetamol if you will be drinking coffee. Coffee, paracetamol and alcohol together make a very harmful mix for your liver. I wouldn’t recommend taking painkillers preemptively - a large glass of water, some fiber rich toast and plenty of sleep should do it. Or better still, prevent a hangover by drinking more mindfully.

8. What foods should you eat when hungover – are there any nutrients you should prioritise, and anything you should definitely avoid?

Plenty of hydration is key so fresh fruits and vegetables but avoid juices which will just spike your blood sugar levels. Our livers work hard on a hangover so starchy carbohydrates such as durum wheat pasta, sourdough bread and potatoes with the skin on are a good idea to support it. Avoid sugary drinks and coffee which will only cause more dehydration and glucose peaks.

9. How much of a hangover is down to dehydration? If so, should you look at things like Diarolyte, coconut water and sports drinks?

Dehydration is definitely a key factor in how bad you can feel - electrolytes from coconut water is a great idea and taking them in a fiber rich formula that’s packed with antioxidants such as Indi Tone is an easy way to help your body heal. Some people are extra sensitive to the compounds  found in dark drinks so avoid dark coloured rums, scotch etc if you notice a pattern.

10. Are there any supplements that can help with a hangover? E.g. Milk thistle? If so, how much of this should you take and when?

There is no evidence to support milk thistle use to prevent a hangover. Probably the best thing to do before going out is to have a good meal and take a supplement such as antioxidant and fibre rich Indi Body. But again, the best thing to do is to drink mindfully and remember to have a glass of water for every alcoholic drink you consume.

11. Should you work out when hungover? Is it true that sweating it out can help?

Working out when hungover can actually be really dangerous. Dehydration can put strain on our cardiovascular system, so if you’re already dehydrated due to a hangover, further dehydration could prove really harmful. A yoga class or a walk outside could be helpful though, it’s just not about challenging your body to excess..

12. If you are feeling really terrible, what should you do? Any top tips?

Drink a lot of water throughout the day, settle your stomach with an antacid (medicine which neutralises stomach acidity) if it’s inflamed and try to eat foods which will keep your blood sugar levels stable but are gentle on your stomach. Try some whole grain toast with eggs, pasta with spinach, olive oil and parmesan and simple vegetable broths. Rest, try to sleep and if you feel up to it have a walk outside. Try to avoid drinking for at least 48 hours and for next time, remember that prevention is better than cure.

Dr Federica Amati is a powerhouse of evidence-based knowledge and information. She holds a PhD in Clinical Medicine Research from Imperial College London and is a registered Nutritionist with the Association for Nutrition. She is also actively involved in nutrition, physical activity and mental wellbeing research at Imperial College London; and cardiometabolic health and COVID-19 and nutrition research with NNedPro, a global think tank founded at Cambridge University. Alongside her research and private client consultations, she is also Chief Nutrition Scientist for Indi Supplements.